Apart from eating tender beef and drinking smooth Malbec there is a lot of stuff to do in Buenos Aires. This post will briefly touch on what we did during our stay and what we recommend for others.

First of all it’s nice to stay near the attractions and luckily BA has a pretty good subway-system, so you’re never too far from anything. With that in mind it’s smart to stay near one of the stations. We rented an apartment in Palermo, which is the hip place to live in BA, with lots of restaurants, night clubs and designer shops. We really liked the neighborhood and didn’t have to walk too far to get most places, but we wished we had stayed closer to Plaza Italia, which is the transport hub in Palermo (we had to walk 20 minutes or take a 10 minute bus, which adds up if you do it twice everyday).

As for what’s happening in Buenos Aires we got a tip about a magazine you can buy on the streets which is called “Time Out Buenos Aires”, is written in English and contains all the information a tourist (or expat) needs. There we got the tips of our closed door restaurant experience and several things to see and do. 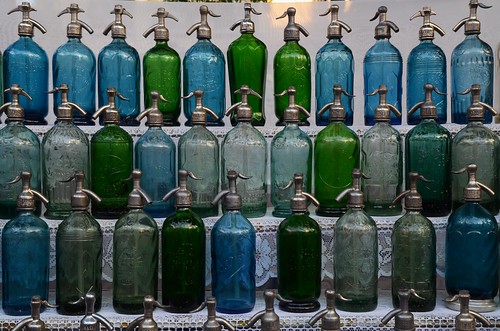 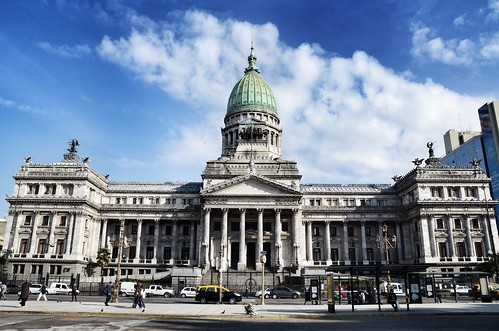 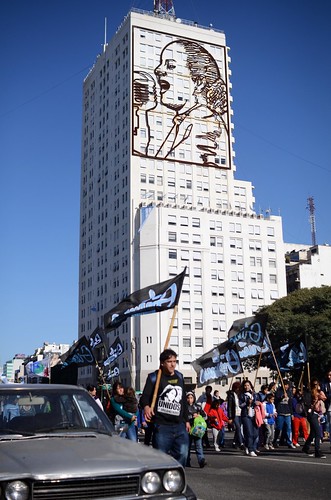 A lot of the time we spent strolling around in the neighborhoods looking at stuff and taking photos, we visited the following neighborhoods: 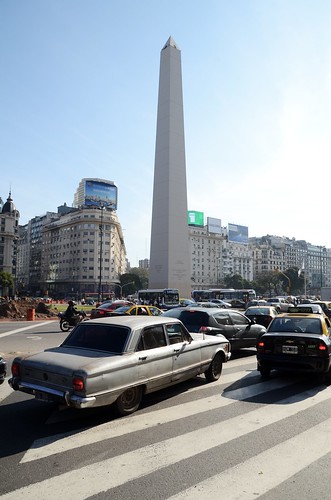 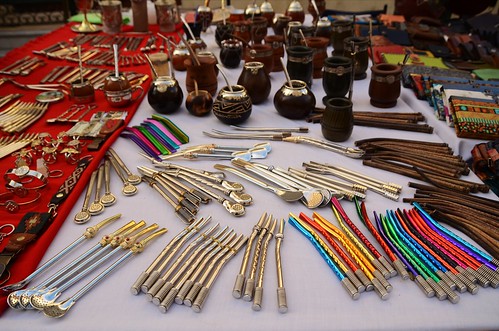 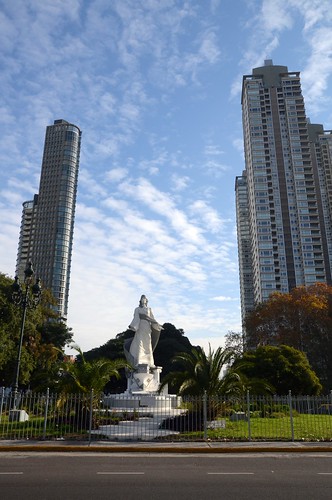 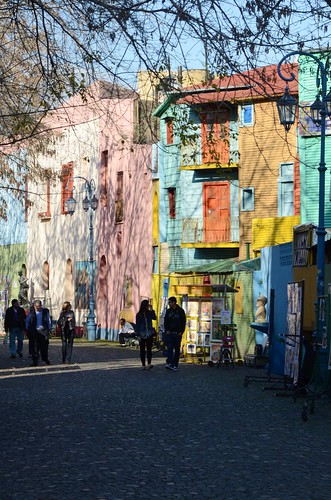 There are a lot of tours offered, from walking, to biking, to more specialized food, photography or street art tours. We did the following: 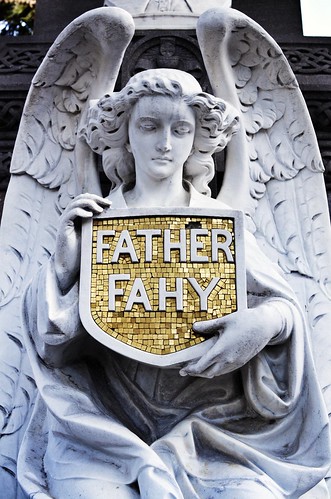 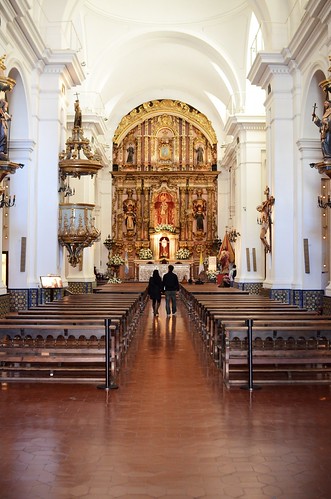 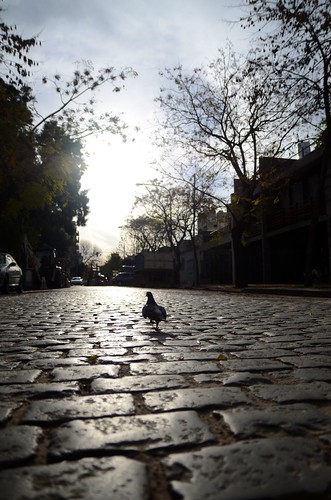 Buenos Aires is the home of the tango, and although we aren’t the most avid dancers we had to check it out. The best place to see the locals dance is at a milonga. We got recommended La Catedral del Tango, just south of Palermo and went there a Saturday night. It was quite silent outside and we weren’t sure we had come to the right place, but as we came in we saw a packed place with a big dancing floor in the middle where middle aged men were dancing with mostly younger girls as if they hadn’t done anything else their whole life. It was almost mesmerizing to watch them glide effortlessly across the floor in sensual rhythms, a rhythm only interrupted by rare tourist couple hobbeling away their first tango steps.

Of course we had to try for ourselves, but not at the Milonga. So we went to La Viruta dance school, where they teach tango at all levels. A group lesson cost 40 ARG pesos and was quite fun. We learned the basic steps, which was just enough to follow the music and probably looking slightly worse than the tourists we saw at the milonga. 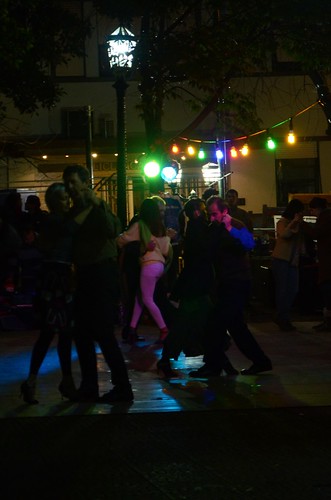 Buenos Aires has been our favorite city on our entire journey of central and south America. The food has been amazing, the people nice and the city full of adventures. We felt that we barely touched the surface of what it has to offer and it is definitely a place we want to come back to some other time! 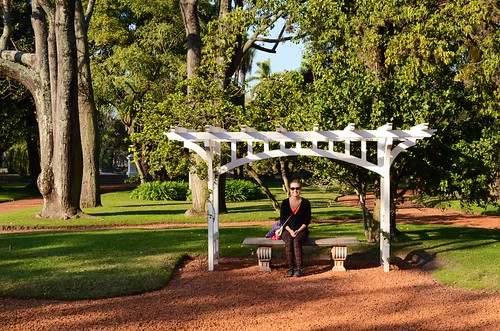 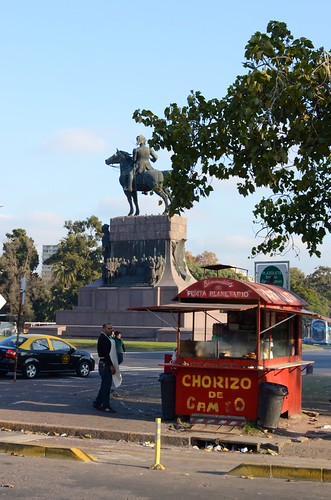 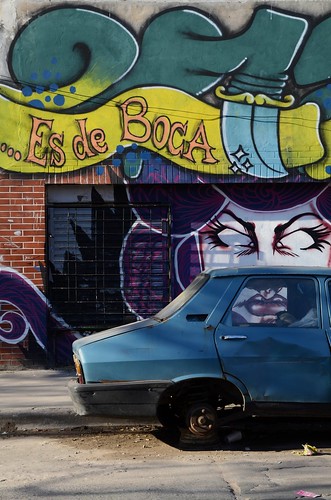 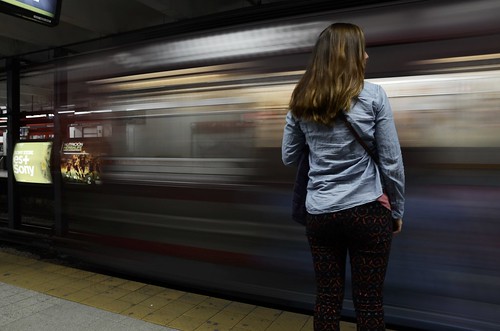 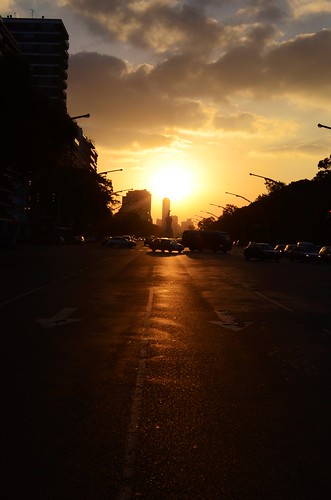 More photos from Buenos Aires and the rest of our travels in Argentina can be found here.